Blaine, Minn. (August 1, 2019) – A newly released report from the National Sports Center (NSC) in Blaine reveals that sports events at the NSC over the past year generated more than $89 million in visitor economic impact. The report calculated spending from tourism events held over the period from July 1, 2018 to June 30, 2019. 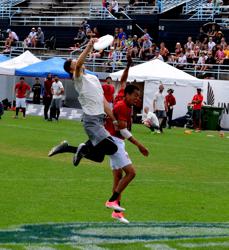 “There is no longer any question that sports tourism is a major generator of tourism revenue,” said National Sports Center Executive Director Todd Johnson. “And specific to amateur sports the Wall Street Journal reported that it’s currently a $17 billion industry and will grow to $41 billion in the next five years.

“Creating economic impact through sports events is a key part of the NSC’s mission, and we’re proud to be the major economic impact engine in amateur sports in Minnesota.”

Spending by local visitors is not included in the Destinations International calculator, but local spending produces significant additional impact to the City of Blaine, Anoka County and the Twin Cities.

Here is a breakdown of the numbers, and a summary of the top ten economic impact-producing events held at the National Sports Center.

Economic impact (multiplier factored in) of $89.7 million
The multiplier accounts for the fact that money recirculates in the economy.

For a complete list of all 72 visitor events at the National Sports Center that went into this calculation, and the economic impact data for each, contact Barclay Kruse at bkruse@mnsports.org.