When you testify before a legislative committee, it can be a dry experience.

Not because legislative staff pulls the water from the table, but rather because the script can be information-heavy and data-driven. Testimony can be dry and maybe even boring.

So it was a welcome change when Minnesota House of Representatives Capital Investment Committee chair Mary Murphy kicked off the 2019 Legislative session in January by issuing this challenge to state agencies pitching their bonding projects to her committee. 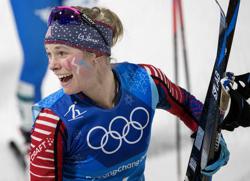 For those readers who aren’t political geeks, capital bonding is when the state borrows money to fund infrastructure and building projects, like major facilities, roads and bridges, and major repairs and upgrades to state facilities.

Murphy’s challenge teed it up pretty well for Minnesota Amateur Sports Commission (MASC) and National Sports Center (NSC) director Todd Johnson, when he testified before the committee on January 31. The MASC is a state agency charged with promoting the benefits of sports participation in Minnesota, so he was better positioned to tell inspirational stories than other agencies whose track record was more about repairs and maintenance.

Johnson opened with this: 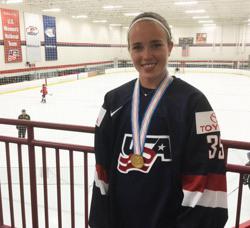 Maddie Rooney at the Super Rink, a facility partly built (and repaired) with state dollars.

“The next day, February 22, 2018, across town in Korea, Maddie Rooney, Duluth-born and an Andover High School grad, stands in goal for Team USA in their gold medal women’s hockey final against Canada. With the score tied at 2 after regulation and overtime, the game goes to a shootout. In the sixth round of the shootout, Rooney stops Canada’s Meghan Agosta and the USA wins the gold medal, their first Olympic gold since 1998, ending Canada’s streak of four consecutive Olympic championships.”

“Great and inspirational Minnesota sports stories to be sure. What did they have in common? These Olympic heroes competed and learned their trade at sports facilities financed by State of Minnesota capital bonding dollars, in grants administered by the Minnesota Amateur Sports Commission. Diggins skied at Giants Ridge in Biwabik, Rooney skated at the Super Rink in Blaine.” 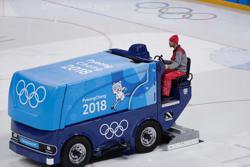 Ryan Hevern driving the Zamboni at the Pyeongchang Winter Olympics in 2018.

But Johnson added in one more unique inspirational story.

One of the ice technicians at the NSC, a MASC facility, is Ryan Hevern, and his story was different, but no less inspirational, than Diggins’ and Rooney’s. Johnson asked him to attend the hearing in person and tell his story.

“I started driving a Zamboni at the National Sports Center when I was 18 years old,” said Hevern. “I learned how to drive a Zamboni from my father Daniel Hevern who had run an ice rink for 27 years previously.” 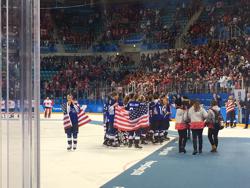 Hevern told the story of learning from his peers in the close-knit community of Minnesota ice technicians, moonlighting on the ice crew at the Xcel Energy Center, finally rising to the point where he was invited to work at the Pyeongchang Olympics in 2018. He was assigned to drive at the Gangneung Hockey Center and found himself standing behind the glass at ice level when Rooney made her game-winning save.

“We had tears in our eyes when she made that final save,” Ryan recalled after he returned to the NSC last year. “Watching them drape the flag during their celebration. It was out of this world.”

Three Minnesota Olympians – two champion athletes and one skilled ice technician -- who learned their skills on facilities built with State of Minnesota capital bonding dollars administered by the MASC.