Please follow the guidelines below when writing and changing copy on the website. We want to present a professional and consistent voice to our website across all departments at the NSC.

Omit needless words and write concisely. “A sentence should contain no unnecessary words, a paragraph no unnecessary sentences...” – E.B. White’s 17th rule in The Elements of Style.

When creating links, DO NOT use the actual URL string as the link. Write text that is appropriate and then create link to it.

Do not use slang or abbreviations. Always spell out words.

Do not use symbols or all caps as a point of emphasis, use bold if need be.

Do not double space after a period

Use colons, not hyphens to separate information

If you are copying and pasting already written copy from any other source, even another page on our website, click the clipboard icon with the letter T in the Text Block element. See image below. 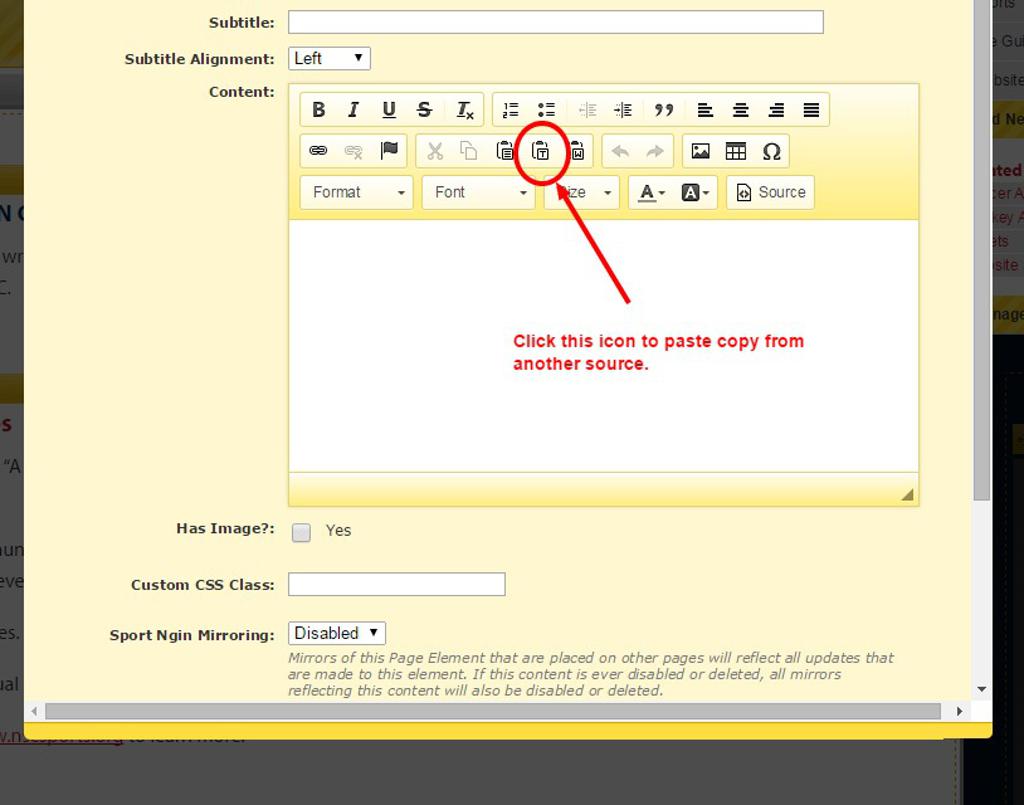 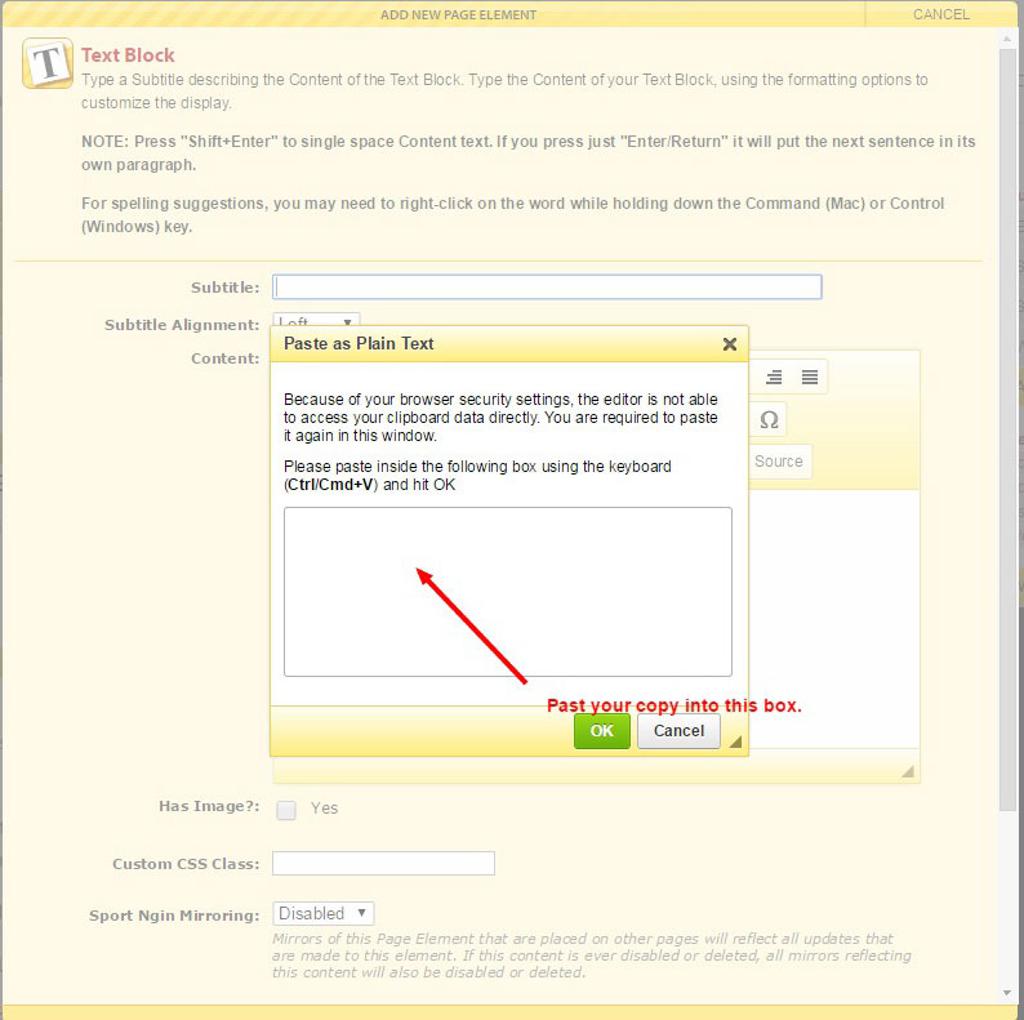 Creating a link that opens a new browser window

Whenever you create a link to a PDF or to a different website or our applications/team account, make the link open in a new window. See below on how. 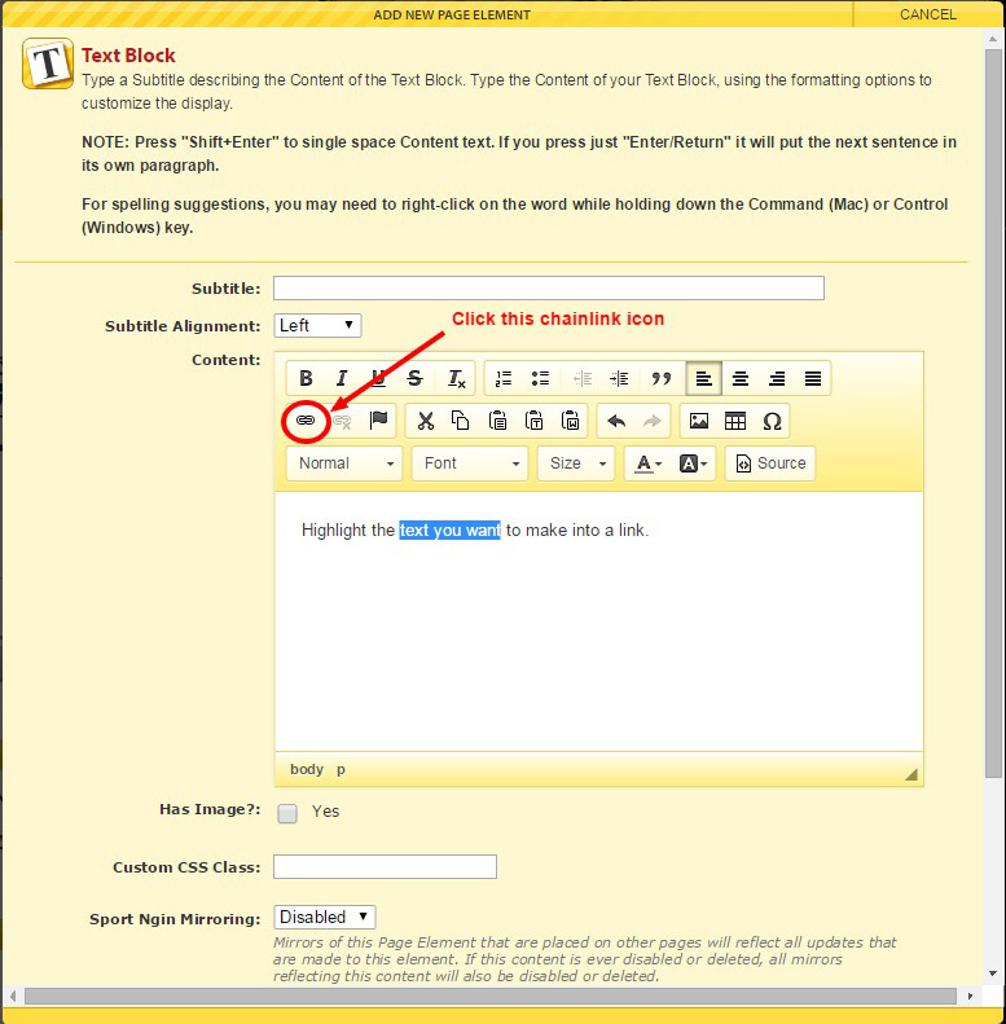 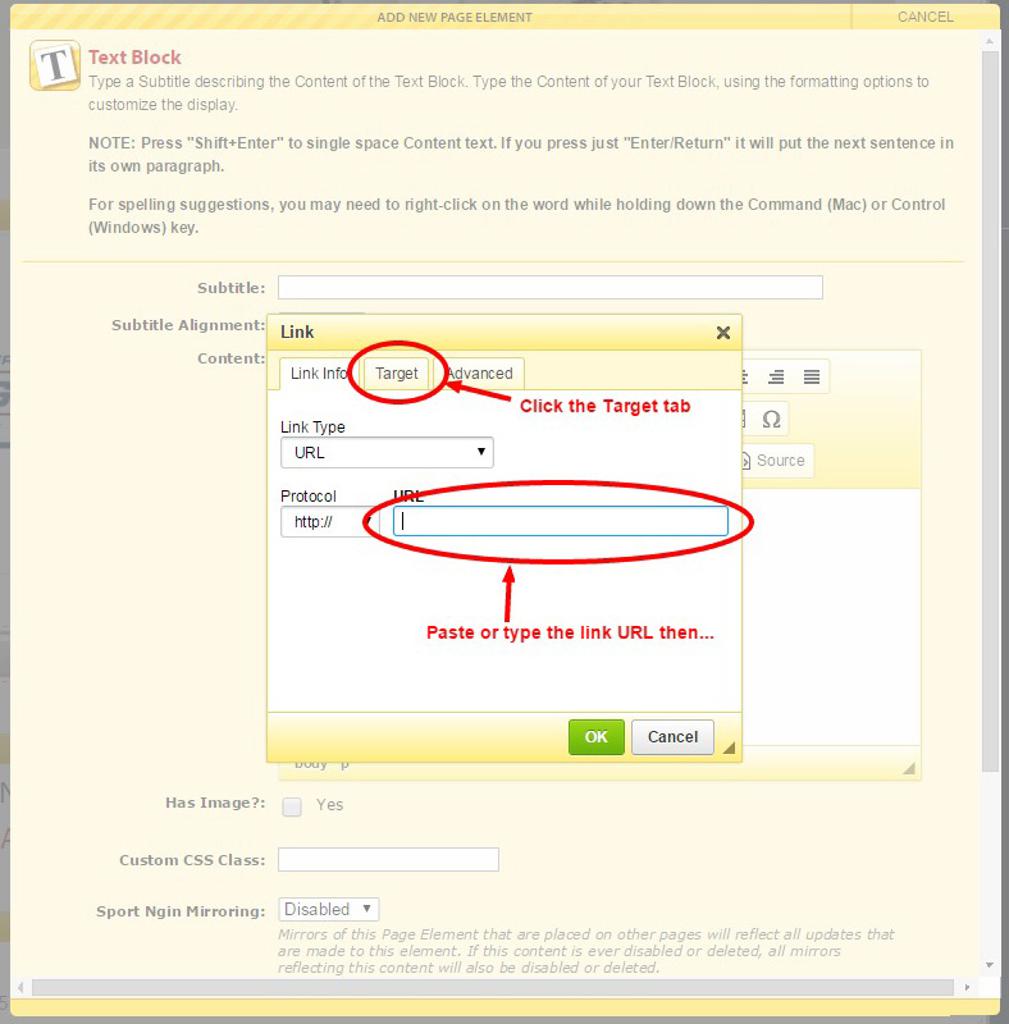 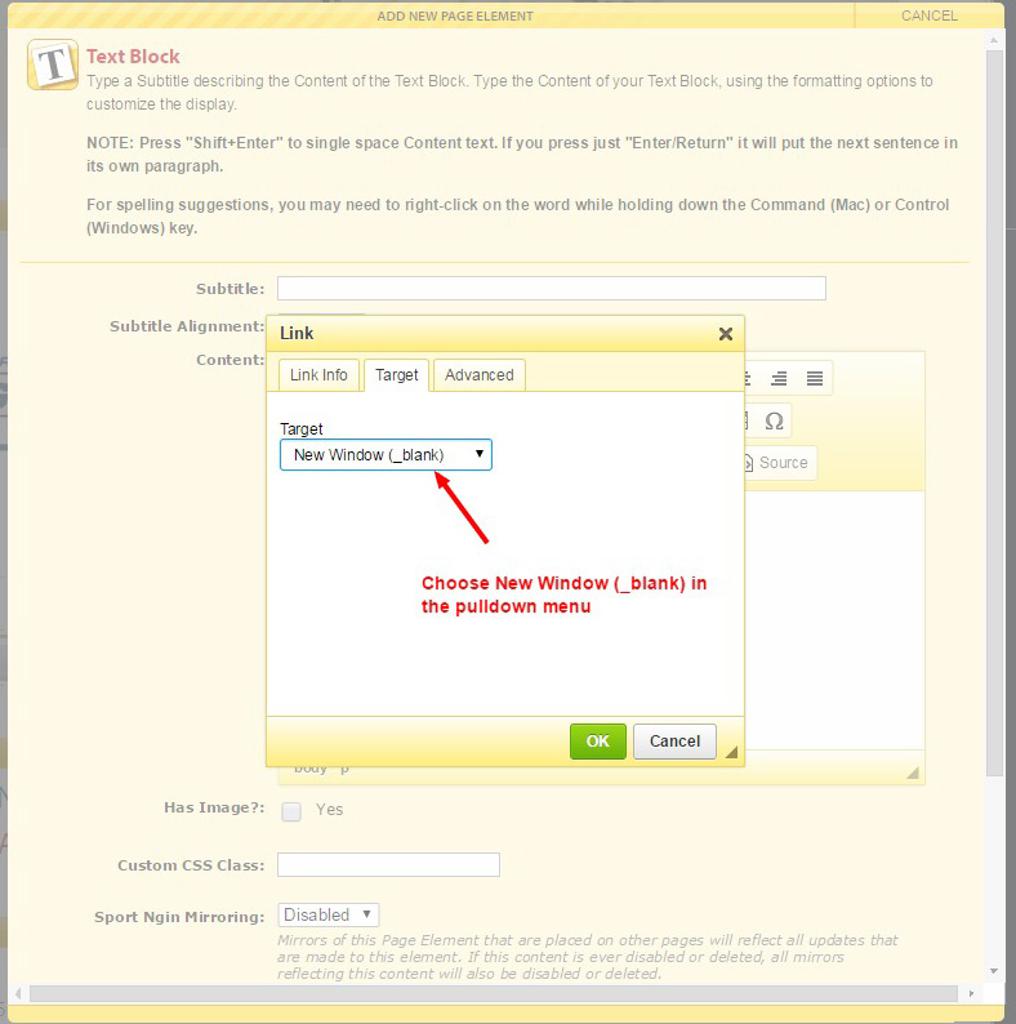 All pages on the NSC websites should follow the terminology used below:

When writing figures please use the following:

Other exceptions are when using numbers in a table or expressing numbers for statistics, scores, clock time, etc. in which data should expressed using numerals.

The NSC will be using the 12-hour clock format. We will end the time with dotted lower case a.m. or p.m., preceded by a space:

You should also use an en dash (ctrl-hyphen on numeric keypad when using Microsoft Word) with no spaces between the time range. If both times are am or pm, only write that after the last time:

The 24-hour clock has no am or pm, noon or midnight suffix. Hours under 10 should have a leading zero:

The NSC will use the month, day then comma and year to display date and always spell out the month:

If a date range is abbreviated, use the format of an un-spaced en dash:

An un-spaced  dash is also used for month or year ranges:

However, between two months and days, use a spaced dash:

Do not use the DD-MM-YYY or MM-DD-YYYY format because it could be ambiguous:

That date could refer to March 3 or 4 April, depending on what part of the world you live.

Yearless dates (March 5) are inappropriate unless the year is obvious from the context.

There is no reason to write the date as April 1st or March 9th. Please do not write dates that way.

Do not capitalize “The” unless part of a title:

Offices, positions, and job titles such as president, king, emperor, executive director, chief operating officer are common nouns and therefore should be in lower case when used generically:

Points of the compass (north, southwest, etc.) and their derived forms (northern, etc.) are not generally capitalized: nine miles south of the National Sports Center, which is in the northern part of the Twin Cities. They are only capitalized when they form a part of a proper name, such as the Great North Road.

When referring to a geographic area (Southwest, Midwest, Southern California) that have reaching status of proper names, then you capitalize: